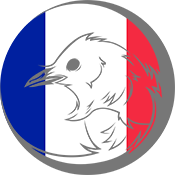 I’ve always been into Disney. I love the films, I used to spend my summers slumped in front of their TV channels. I have various playlists devoted to the music on my phone, and on my iPod before that. I think I can be pretty safely classed as a fan. I went to Disney World in Florida twice as a kid, but I can safely say I was much more excited this time around – I think you can appreciate it so much more as an adult, and to be honest, it’s nice to be able to escape from the real world every now and then. Even if you have to live in a world inhabited by giant mice, where the definition of humanity seems to be whether or not you wear white gloves.

The trip didn’t get off to the best start. I received a text the night before I left while I was packing, saying that due to ‘operational reasons’, my flight had been cancelled and I had been booked onto another, which left five hours later. This would have been fine, but while I had been scheduled to arrive in Paris at 3pm, and would have been able to spend at least a few hours in the park, I actually arrived at 8pm, when the park was closing. So I missed out on my first taste of Disney magic. But I wasn’t going to let that spoil my mood.

The whole idea was going was that a friend had never been and had created an event on Facebook to try and get a group together. As it happened, only the two of us really wanted to go, so it ended up being quite a small group. So I landed in Paris, took the train to Marne-la-Vallée/Chessy where I met up with my friend, checked into my hotel and we went to find some dinner for under €30. It turns out, I’m the Disney village, that’s no easy task. So we ended up in a Bavarian restaurant called King Ludwig’s Castle (which you can see in the picture to the right), and ate more food than two people should ever have put in front of them. Suitably refreshed and ready for an exciting day, I waddled back to my Cars-themed hotel room. Interesting sidenote, there’s nothing quite like a mirror with lightbulbs all the way around it to make you feel glamorous when you’re getting ready to go to bed. 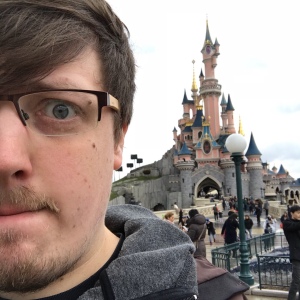 The next day, and indeed every day we were there, the weather was against us. It rained from the second I landed to the second I took off. It presumably also rained before and after that, but I’m an incredibly selfish person and the amount I care tapers off dramatically when I’m no longer involved. But despite the rain, there’s just something about that place that is really, genuinely magical. Before this trip I had never been on a rollercoaster so violent I was sure I was going to have a panic attack, cried at a firework display, or been sexually attracted to a Storm Trooper. But I guess there’s a first time for everything. The one really magical thing that I’ve been telling pretty much everyone is the parade. The parade is just something you have to do when you’re there, even if you’re not normally into that sort of thing. It’s just the whole atmosphere – it’s really hard to explain Disneyland to someone who’s never been. It’s actually impossible to be sad there. And as we stood in the rain waiting for the parade to start, the clouds parted and the sun came out. The parade, which lasted about fifteen minutes, passed by with all of its dancing characters and cheerful music, and then five minutes later it started raining again. If that isn’t proof that Disneyland is actually magic (or that the Illuminati exist, one or the other), I don’t know what is.

I don’t want to ramble on for too much longer, I just have one more story. My friend is a huge Star Wars fan, and has recently converted me, too; despite me only having seen my first film about a month ago. We decided, sensibly, that it would make sense for us to go on the best Star Wars ride in the park – Hyperspace Mountain. Now… neither of us are big fans of rollercoasters, but his brother had assured him that after the original shot up into the æther, it’s not as hardcore as it looks. If I ever meet his brother in person, I am going to punch him square in the dick. I clung onto that harness for dear life, being 100% certain that it was going to come loose at any second and I would be hurled from the tiny cart. I could feel my heart pounding out of my chest, if we got flipped upside-down one more time I was going to look like a character from a completely different sci-fi film: Alien. Needless to say, we both survived, but looking at the picture kiosk at the end, the look on my face defies description. There was no fear anymore, just a pained acceptance of my inevitable and fast-approaching demise. In hindsight, I’m glad I did it. If only so I never, ever have to do it again.

If you haven’t been, I can’t recommend it enough. You really can’t describe it. I’m glad I took so much video and so many pictures, just to try and recapture the feeling of being there – I haven’t even showed anybody else because I know they won’t be able to understand. It’s kind of like being in a cult in that way, I suppose. Oh! And one piece of advice: maybe put a bit more effort into learning French before you go than I did. That said, if I had by some miracle become fluent before I arrived, I would have most definitely been escorted from the premises for making lewd remarks to a Storm Trooper. But, hey – when in Paris, eh? Thanks as always for reading, and I’ll see you next month.