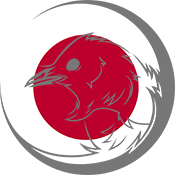 I can’t actually remember if I’ve mentioned it on this blog, but I’m currently trying to learn Japanese. As those of you with any knowledge of Japanese will be able to see above, my current level is very basic, but I’d like to think that I’m slowly improving… I managed to transcribe the Swedish name of this blog into katakana so that my Japanese co-worker could pronounce it properly with no prompting from me, so I’m going to take that as a win. This month I’d like to talk you through my Japanese journey… and who knows? Maybe you’ll be inspired to try it out for yourself!

I can’t remember when exactly I started ‘formally’ studying Japanese. I say ‘formally’ because I’m not going to classes or anything, I just ordered a textbook over the internet (it’s this one, if you’re interested!) with a Finnish friend of mine and we started going to a café twice a month to sit and review our progress and mark each other’s homework, later being joined by another friend from Denmark. It’s interesting to learn a new language with people who don’t share your mother tongue, because they have a completely different perspective – they’ll notice parallels where you won’t, and vice versa.

The story behind it is that I’ve always wanted to learn a non-European language. I dabbled in both Korean and Mandarin, but fell down on pronunciation… Mandarin especially, because tones terrify me. So I have to admit, I was skeptical when I started looking into Japanese. I’m not going to say I found it easy, because I didn’t… sometimes Japanese seems almost designed to baffle foreign learners, but it wasn’t as impenetrable as I had expected it to be. The syllabaries that make up a good chunk of the Japanese writing system (hiragana and katakana) are actually fairly manageable (after a couple of hours of copying them out), it’s only kanji (imported Chinese characters) that pose a problem. I think I currently know about fifty, with the correct stroke order (there’s some kind of strange Japanese magic that lets a native speaker know if you wrote the character in the wrong order)… while Japanese children at the end of grade 6 (at around 11-12 years old) are expected to know just over one thousand characters. So, it seems I’ve still got a long way to go.

If you’re completely new to Japanese, that last part may take some explaining. Basically, Japanese is written with a combination of three writing systems that exist side by side. The main one, hiragana (ひらがな) are characters developed from Chinese and simplified down, forming a syllabary – each character represents a syllable. For example: な (na) に(ni) ね (ne) の (no) ぬ (nu). You can get by on just this one, that is to say, you could technically write Japanese using just this, but it would be quite difficult to understand due to the amount of homophones (words that sound the same, not people who hate gay people). Enter katakana (カタカナ)! This system is mostly for writing words of foreign origin, for example: コンピューター (konpyūtā, computer) and ゴルフ (gorufu, golf). Now, the third system is a different beast altogether. These characters are called kanji (漢字), and they were loaned directly from Chinese. As they’re completely logographic (the way they’re written doesn’t give you any indication as to how to pronounce them), they’re usually accompanied by hiragana in dictionaries to help learners, and sometimes, tiny hiragana are written above especially seldom-seen kanji for native Japanese speakers – and they have a special name, they’re called furigana (振り仮名). These are used because each character denotes an entire concept, and believe it or not, they actually make reading easier… if you take the above paragraph in Japanese, the kanji stick out like a sore thumb because they’re much more complicated than the native Japanese kana, meaning that hiragana can be used around them to add grammatical endings and prefixes, while the kanji holds most of the meaning. It’s all quite logical, really, though don’t let me fool you into thinking that it isn’t a complete nightmare.

So, this is my new hobby. Who knows if I’ll make it far enough to call myself fluent, but I’ve been buying parallel text books and dictionaries, which is further than I’ve gotten with most of my newer hobbies… I’d say that’s something worth celebrating. And who knows, maybe one day you’ll come back here and see an entire post in Japanese! …it’s a long way off, but you have to stay optimistic about these things! I’ve bought some flash cards to teach myself some new kanji over the next few weeks, so we’ll see how that goes! I’ll report back on my progress, because I’m sure you’ll all be dying to know! Maybe next time I’ll be able to teach you some basic phrases and sentence structure (because, frankly, that’s pretty much all I know at this point.) Anyway, as always, thanks for reading, and if you have questions or even any tips or tricks for people who are learning Japanese, please leave them in the comments section! It’s all gratefully received. I’ll see you next month.